Christopher Duffley is a 20-year-old musician, inspirational speaker, and podcaster. Born prematurely, Christopher is blind as a result of Retinopathy of Prematurity. He was later diagnosed with Autism but as Christopher puts it, “Yah- I have blindess and autism, but it doesn’t stop me!” 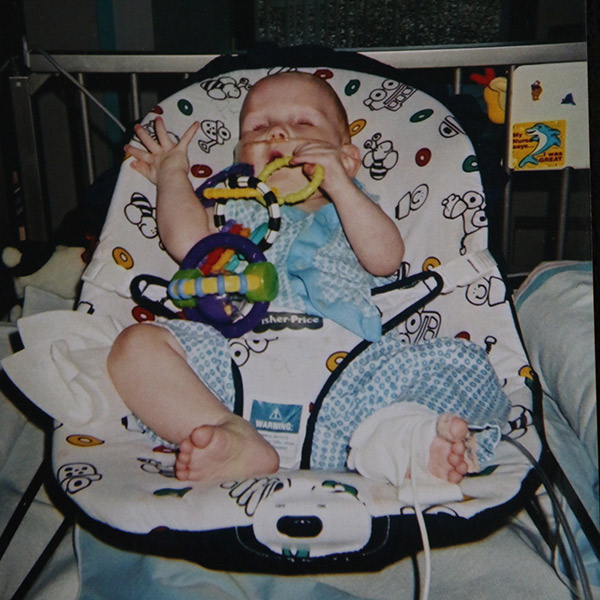 Christopher Duffley was handed a microphone at 4 years old.  Although categorized as "significantly delayed" in speech, social interaction, and cognitive ability, he began to sing and in doing so started a journey that has inspired audiences throughout the world.

By 10, he sang the national anthem at Fenway Park and became a YouTube sensation by 11. Christopher unknowingly began to inspire millions of people from all walks of life.  In each song and speech, Chris has spent his life teaching us we are unlimited...we just need a little reminding.

When he was born, Christopher weighed 1 lb 12 oz, due to drug exposure.  After five months in the NICU, he was placed in foster care.  His biological aunt located him, brought him to NH and later adopted him into her family of 6.  A new life lay ahead and his challenges of total blindness and severe delays would define his future.

How we approach a challenge determines its outcome.  Taught that his disabilities were just an inconvenience and focusing on what he could do, victories were won.  And despite a diagnosis of autism at the age of 5, his boundless personality and gift of music emerged, creating light in the lives of others.

Now, Christopher continues to tour the nation speaking, singing, and creating podcasts.  He has been nationally recognized and featured on major news outlets.  It is estimated that over 65 million people have collectively viewed the famous "Open the Eyes" video.

Sometimes we lose sight of our potential and the potential of those around us.  Christopher removes the limitation blinders of his audiences through story, laughter, and song.  He teaches us, through his own life experiences, what it means to be unlimited and to have a mission possible attitude. “I want to show others that when you open your heart, you can see the world of possibilities around you.” -Christopher Duffley

With Christopher’s music, podcast, and presentations, he models confidence, accomplishment, perseverance, and strength. His ability to overcome obstacles to reach his full potential encourages others everywhere and demonstrates that all things are possible with a positive mindset. Christopher exudes possibility and helps his audience recognize the potential they have to achieve their goals and live a better, more fulfilling life.  As Christopher says, “I never stop thinking of ways I can make a positive change in the world.”